Horses are generally faster than tigers, at least over long distances. Horses are built for endurance and can maintain a steady gallop for hours, while tigers are built for short bursts of speed and agility, and can only run for short distances before needing to rest.

It’s also worth noting that wild horses and tigers rarely, if ever, come into direct competition in the wild, as they inhabit different regions and ecosystems. Wild horses primarily live in open grasslands and plains, while tigers are found in the forests and grasslands of Asia. 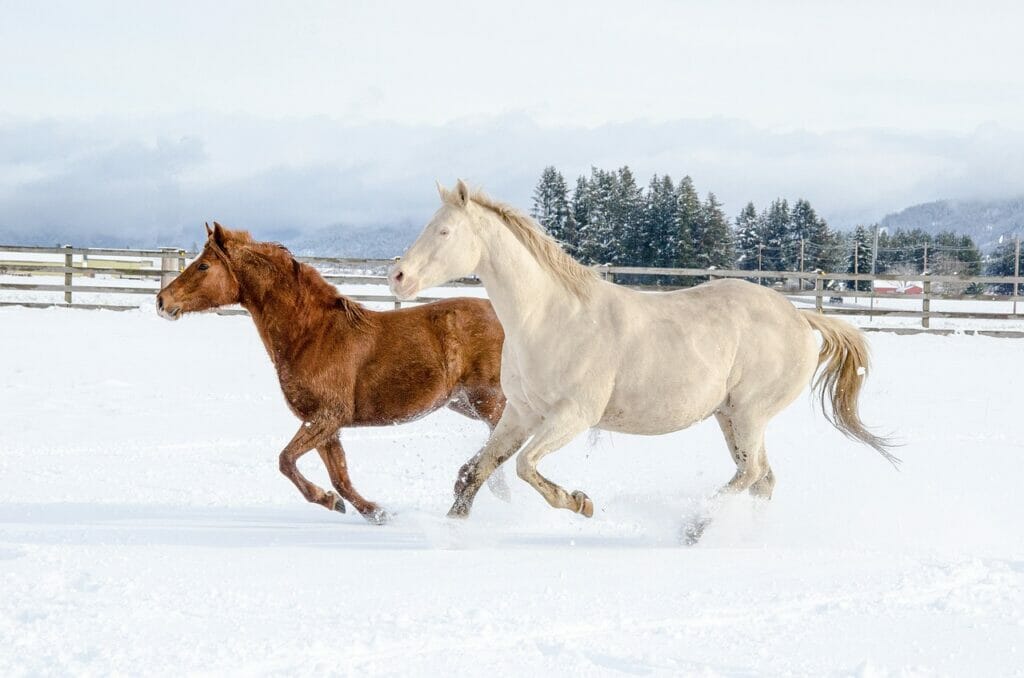 How horse is faster then tiger?

Horses have long legs and a strong, muscular body that allows them to cover large distances quickly and efficiently. Their legs are adapted to the rigors of running and their hooves are designed to provide a stable base and good traction while galloping. They also have a unique respiratory system that allows them to take in large amounts of oxygen, which helps them to maintain their speed for longer periods of time.

On the other hand, Tigers are built for short bursts of speed and agility, they are heavily muscled and have a flexible spine, which allows them to change direction quickly and jump great distances. But this muscle built is not helpful for them to sustain a high speed for longer duration.

In a race between a horse and a tiger over a long distance, the horse would likely win because of its ability to maintain a steady pace for a longer period of time. While the tiger would be faster in short sprints, it would eventually tire and the horse would be able to maintain its speed and ultimately outrun the tiger.

It’s also important to note that wild horses and tigers don’t naturally encounter each other and as such never compete in real life. They live in different regions and ecosystems.