The Bashkir horse breed is also known as the Başqort. It is a republic within the Russian Federation that lies to the west of the southern Ural Mountains and extends to the Volga River.

In recent years, Ufa has become the primary center for breeding horses in Russia.

Ufa is located on the Volga River, about from Moscow, and is the largest city in the Republic. The Bashkir horse was developed by the Bashkirs, an indigenous people of Central Asia who settled in the Volga River basin.

This breed is similar in appearance to the Buryat horse.

During the Mongol period, the Bashkir horse was used as a pack animal.

The Bashkir horse was officially recognized as a breed in 1964. It is mainly used for work and riding. 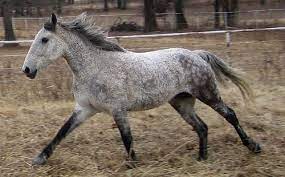 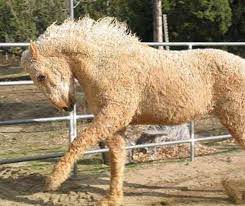 The origins of the Bashkir horse are not known, but the first Bashkir horse breeders and horse farmers are believed to be living in the 18th century in the village of Otskoblaj in the region of South Russia.

In the nineteenth century, it became an economically important part of society. It was recognized that it had many traditional qualities as a producer of milk and meat.

Breeding centers were set up in 1845. In 1845, a Bashkir breed was crossed with the Russian Heavy Draught, and experimental crosses with Kazakh and Yakut horses have also been made.

It is tall, broad-shouldered, and deep-chested, with a thoracic circumference (girth) averaging about 180 cm (70 in). It has a long head and a short neck, low withers, and a sloping back.

The commonest coat colors are bay, chestnut, mouse grey, and roan. The mane and tail are thick and the coat is thick as well, often curly. This horse has a long record of hardiness, being used in the mountains, in Alaska, and on the steppes of Russia. The horses are remarkably hardy.

Herds that have been managed intensively, and remain in the open in winter, can be found even in snow and blizzard conditions, where temperatures may reach -40°C.

1) The history of the Bashkir horse

The Bashkir horse is a compact horse with a short back and sloping croup. They have a short head with a straight profile, and their neck is muscular and medium-length. They have strong legs with well-defined joints, and their hooves are tough and well-formed.

The Bashkir horse is a very calm and gentle breed, making them great for beginners. They are also very smart and have a good memory, so they can be easy to train. However, they can also be quite stubborn at times. But overall, they are a very pleasant breed to be around.

The Bashkir horse is a hardy breed that originated in the Ural Mountains of Russia. They are known for their endurance and sure-footedness and are used for a variety of disciplines including racing, polo, and eventing. The breed is also known for its striking coat color, which can range from chestnut to black.

The Bashkir horse is a versatile horse, able to live in a variety of environments. They are native to the Ural Mountains in Russia and thus are used to cold weather. However, they can also live in hot climates, as they are resistant to insects and have a thick coat.

Bashkirs are used for riding, pack work, harness work, draught work, and farm work.A well-designed website can help your customers buy from you.

It’s impressive to see a horse pulling a troika for up to 140 km (90 mi) in a day. Mares produce large quantities of milk, so they’re a good source of nutrition.

The Bashkirs make many different types of kumis, such as kumis from fish bones, from wheat, and kumis made from the hair of sheep.