The Bosnian Mountain Horse breed originated in Bosnia and Herzegovina. It was first bred by the Turks who brought horses from Asia to the Balkan region. The Turks introduced the Bosnian horse to the Serbians, and the Serbians in turn introduced them to the rest of Europe.

This breed of horse is very versatile and very gentle and easy to handle. It can adapt to a wide range of terrain. This horse can be ridden cross-country, trail riding, jumping, driving, and dressage.

Bosnian Mountain Horses are very athletic, hardy, and strong, and they are excellent jumpers and jumpers. They have excellent endurance and stamina. They are very smart and intelligent.

They are great for breeding and for producing foals. They are good mothers. They have a long life and have a great temperament. 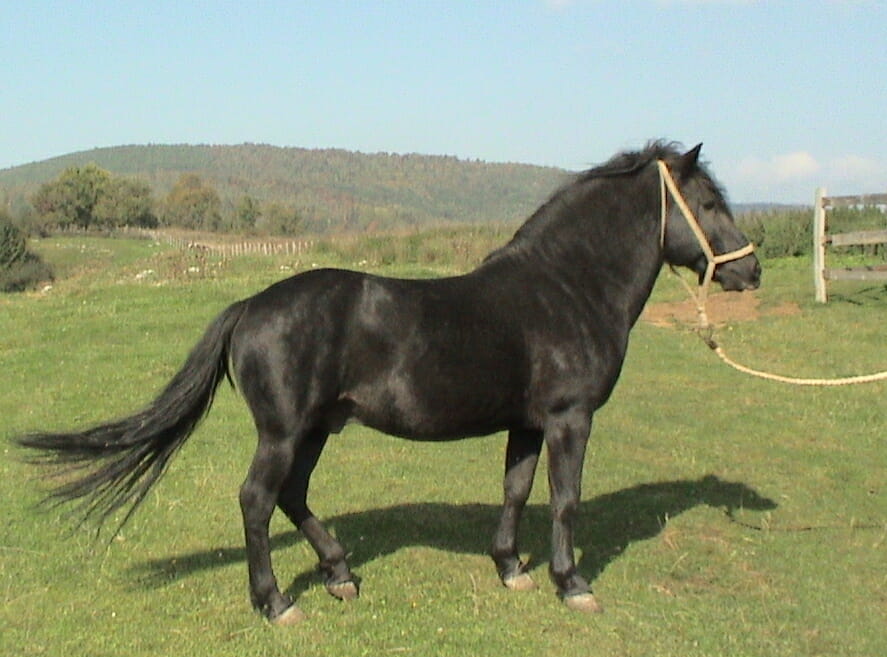 Selective breeding of the Bosnian Mountain Horse began at the stud of Goražde in 1908.

Three principal centers for the selection of the breed were the stud farms of Borike, in the municipality of Rogatica; Rakovica, and Jablanica.

The most popular horse breed in Bosnia is the Bosnian Mountain Horse. Three stallion lines – Agan, Barut, and Miško – and nine mare lines were established, and the Agan line is lost. Arab stallions were used at the Borike stud to improve the breed. The Glasinacki type has substantial Arab influence, and it’s named after the village of Glasinac on the Romanija mountain in eastern Republika Srpska. There is also a smaller type, the Podveleški, from Herzegovina.

Horse populations are declining throughout the world. Farm animals are usually bred for meat and milk production, but many of these are dying out because of the lack of space for them.

The horse population in Bosnia and Herzegovina has experienced a sharp drop since 1990, a trend that seems to have been largely the result of domestic slaughter rather than of the importation of foreign horses.

Characteristics of the Bosnian Mountain Horse

The Bosnian Mountain Horse is a sturdy breed, with a deep chest and strong hind legs. It has a high-stepping gait, with a long stride and a low center of gravity. It is a medium-sized horse, with a height of 13 hands and a weight of about 250 kg.

The Bosnian Mountain Horse has been bred with many traits from several other breeds and is thus considered a crossbreed. It has a short head with a broad muzzle, arched neck, large, wide-set eyes, thick, muscular legs, and a short back.

The color of the Bosnian Mountain Horse ranges from a light brown to a dark reddish brown, and there is a black point on its forehead. It has a white mane and tail, which can be either natural or dyed in a specific color.

What Makes the Bosnian Mountain Horse So Special?

The Bosnian Mountain Horse has existed in Bosnia since at least the early 15th century, and it likely went through some changes during that time. It’s even suspected that the horse may have been brought to the area by nomadic tribes from the East, though that’s impossible to prove definitively. In the last few centuries, these horses have been bred in isolation, which has resulted in some unique characteristics of the breed that you may find surprising! Continue reading to learn more about this beautiful and distinctive animal.

The Bosnian Mountain Horse is a native of Bosnia and Herzegovina and is one of the oldest horse breeds in existence.

The breed dates back to the 15th century when they were used as war horses by the Ottoman Empire. After the Ottomans were defeated in World War I, the Bosnian Mountain Horses were used by the Yugoslavian Army.

One of the most striking things about the Bosnian Mountain Horse is its color. Most of these horses are a beautiful dun color, with a light mane and tail.

They are also relatively small, standing at around 14 hands high. But don’t let their size fool you they are incredibly strong and hardy horses, capable of carrying heavy loads up and down steep mountain trails.

They have sure footing and calm temperament, making them ideal for adventurous riders looking to explore off the beaten path.

The Bosnian Mountain Horse is a relatively new breed, having only been developed in the late 20th century. As such, there are still some challenges when it comes to breeding these horses. For one, there is a small gene pool to work with.

Additionally, inbreeding can be an issue, as can foal mortality rates. However, breeders are working hard to overcome these challenges and improve the health and quality of the Bosnian Mountain Horse population.

The Bosnian Mountain Horse is a beautiful and unique breed of horse that originates from Bosnia and Herzegovina. This horse is known for its strength, stamina, and agility, and is also said to have a very calm and gentle temperament.

They are excellent working horses and are often used in forestry and agriculture.
One of the most notable things about the Bosnian Mountain Horse is its health benefits. This breed is known for being very resistant to disease and has a long lifespan compared to other horse breeds.