Horses have been a significant part of American culture since the first horses arrived in the Americas in the 1400s. But Who Brought Horses to America? This blog post will explore the history of horses in the Americas, beginning with their introduction by the Spanish and continuing to the present day.

We’ll look at the different types of horses introduced, how they were used by Native Americans, and the influence they had on the development of the country.

By the end of this post, you’ll have a better understanding of the role horses have played in the development of the United States.

It is widely accepted that the first horses to arrive in the Americas came from Spain in the late 15th century. These horses were brought over by Spanish conquistadors and explorers and helped them colonize large parts of the continent.

The exact breed of these horses is not known, but it is believed that they were of the Iberian type which includes Andalusians, Lusitanos, and Barbs.

The horses played an integral part in the Spanish conquest of the Americas as they allowed them to travel great distances with ease and quickly set up new settlements. The Spaniards used horses for warfare and transportation, as well as for farming and trading.

The horses were highly prized and were often gifted to indigenous tribes as a sign of friendship and respect. This influx of horses had a huge impact on the landscape of the Americas and ultimately paved the way for new forms of transportation, communication, and industry.

Without the horse, the Spanish may never have been able to colonize the continent as effectively as they did. As mentioned above, the arrival of these animals had a major effect on all facets of life including trade and transport.

With this introduction to the New World, horses became an essential element in everyday life for Native Americans. 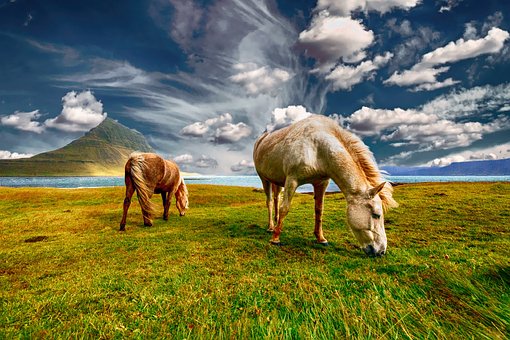 The arrival of horses in America is often attributed to the Spanish. While it is true that the Spanish were the first to bring horses to the New World, it was actually the English who brought them to what is now the United States.

In 1609, an English sea captain by the name of John Smith brought a number of horses with him on his voyage to Jamestown, Virginia. These horses were used as a means of transportation and as pack animals, helping to move goods and supplies around the colony.

It wasn’t until 1620 that horses began to arrive in Massachusetts. It’s believed that the first horses in the colony were brought by a group of Puritans who arrived in Plymouth on the Mayflower. The horses were used for the same purpose as they were in Virginia, primarily as a way to move goods and supplies throughout the colony.

As more settlers arrived in the New World, more horses were brought from Europe. By the mid-1700s, horses were being bred in America and were used for everything from farming and hauling goods to racing and recreation.

Today, horses continue to be an integral part of American culture, especially in rural areas where they are still used for transportation, farming, and recreation. In fact, many people believe that the horse is one of the most important contributions made to North America by Europeans.

Native Americans quickly learned to ride and use horses for hunting and travel. These animals provided a huge benefit to the tribes, allowing them to cover great distances quickly and transport more items than ever before. They also served as an important source of food in some areas. 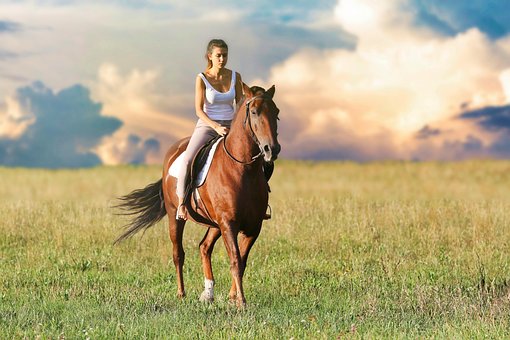 In addition, the horse became an important symbol for many Native American tribes. Many tribes developed their own unique styles of riding and tack, and horses were often painted with symbols that represented different tribes and beliefs.

Horses were a part of many aspects of life for Native Americans, from spiritual ceremonies to everyday transportation.

Today, horses remain an important part of Native American culture. Many tribes still practice traditional riding styles and rituals, and horses are seen as both a symbol of strength and a connection to the past.

The history of horses is so intertwined with the history of North America’s native people that it would be impossible to tell one without telling the other.

The wild horse is an iconic symbol of freedom and strength in the United States. For centuries, these majestic animals have roamed across the vast American landscape, captivating the imaginations of those who have encountered them. 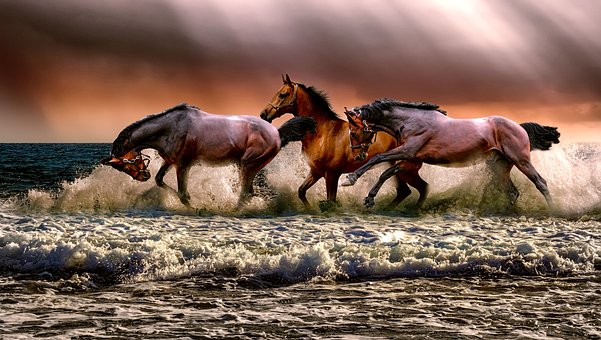 Prior to the arrival of Christopher Columbus in 1492, wild horses roamed freely across the North American continent. In some areas, such as California and the Great Plains, wild horse herds were an integral part of Native American cultures for centuries.

Horses enabled tribal groups to migrate more quickly, hunt more effectively, and even served as a form of currency in trade.

The first European settlers to arrive on the continent brought with them domestic horses, some of which escaped and joined the wild herds already roaming the land.

These new bloodlines helped shape the characteristics of North America’s wild horse population, which grew in number and spread across the continent.

The Spanish-American War of 1898 led to an influx of cavalry horses that were released when the war ended, further increasing the wild population.

By the early 20th century, wild horses could be found in nearly every state in the union, with major populations living in the Great Basin and Central Nevada. At this time, their numbers reached an estimated 2 million, making them a crucial part of the North American landscape. 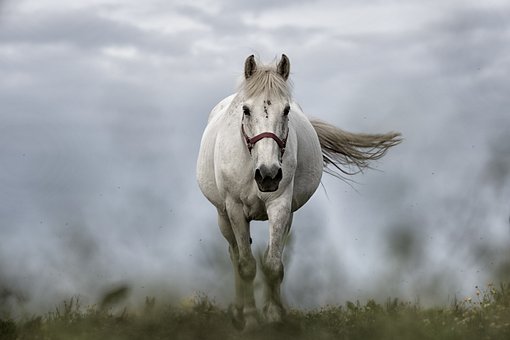 In the late 15th century, the Spanish began their conquest of the New World. As part of this process, they brought with them a number of domesticated animals, including horses.

It is thought that some of these horses escaped captivity and established wild herds in North America.

The Spanish mustangs, as they came to be called, were small and hardy, able to thrive in harsh climates.

For centuries, these animals were used by Native Americans for travel, hunting, and work. By the 19th century, there were an estimated two million wild horses roaming across the continent.

Unfortunately, over the years, various government policies and overhunting have drastically reduced the population of wild horses in America.

Today, there are just a few hundred thousand wild horses remaining, mainly in the West. Despite their precarious situation, these animals remain a symbol of freedom and wildness in America.

The American Frontier is a period in history that many of us associate with cowboys, Native Americans, and the Wild West. But there’s one other important character that often goes overlooked: the wild horse.

Wild horses have been roaming the American Frontier since the 1700s, and they played an integral part in the development of our nation.

The Spanish first brought horses to the Americas in the 1500s. Initially, these horses were domesticated, but eventually, some of them escaped into the wilderness.

By the 1700s, wild horses were a common sight on the American Frontier. They were used by Native American tribes for transportation, as well as hunting and trading.

The early settlers of the United States also took advantage of the abundance of wild horses, using them for transportation and work on their farms.

It’s estimated that at its peak, there were between two and three million wild horses roaming throughout North America. 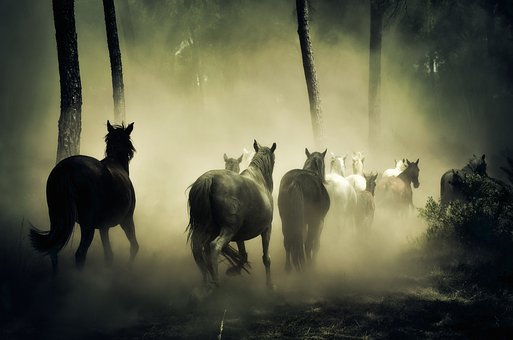 Sadly, their numbers have declined drastically over the years due to hunting, disease, and other factors. Today, only an estimated 40,000 wild horses remain in the United States.

Though their numbers have dwindled, wild horses remain a symbol of the American Frontier. They represent freedom and independence and are still cherished by many people today.

If you ever have the chance to see a wild horse in person, take it – it’s an incredible experience you won’t soon forget!

Today, wild horses still roam freely in the American West, living in herds on public and private lands. They are a symbol of freedom and strength for many, providing an iconic backdrop to the wild, open land that makes up so much of our country.

While wild horse populations have faced serious threats over the years, modern-day laws and regulations have been put in place to protect them.

The Wild and Free-Roaming Horses and Burros Act, passed in 1971, declared that these animals are living symbols of the historic and pioneer spirit of the West and should be protected from human interference.

In addition, Bureau of Land Management (BLM) management plans are implemented to ensure that herds are healthy and that their numbers remain stable.

The BLM regularly monitors population sizes, checks for disease and inbreeding, and sets limits on how many horses can be removed from the wild each year. These efforts have kept wild horse numbers steady throughout the years, with some herds even growing in size.

Despite these protections, however, the future of wild horses remains uncertain. As their populations grow, grazing land for other animals becomes scarce.

This puts pressure on ranchers who rely on public land for their livestock and has resulted in a growing conflict between horse advocates and those who believe that these animals should not be allowed to run free.

For now, though, wild horses continue to roam across the American West — a sight that has become an indelible part of our nation’s history.

1 thought on “Who Brought Horses to America? A Brief History”